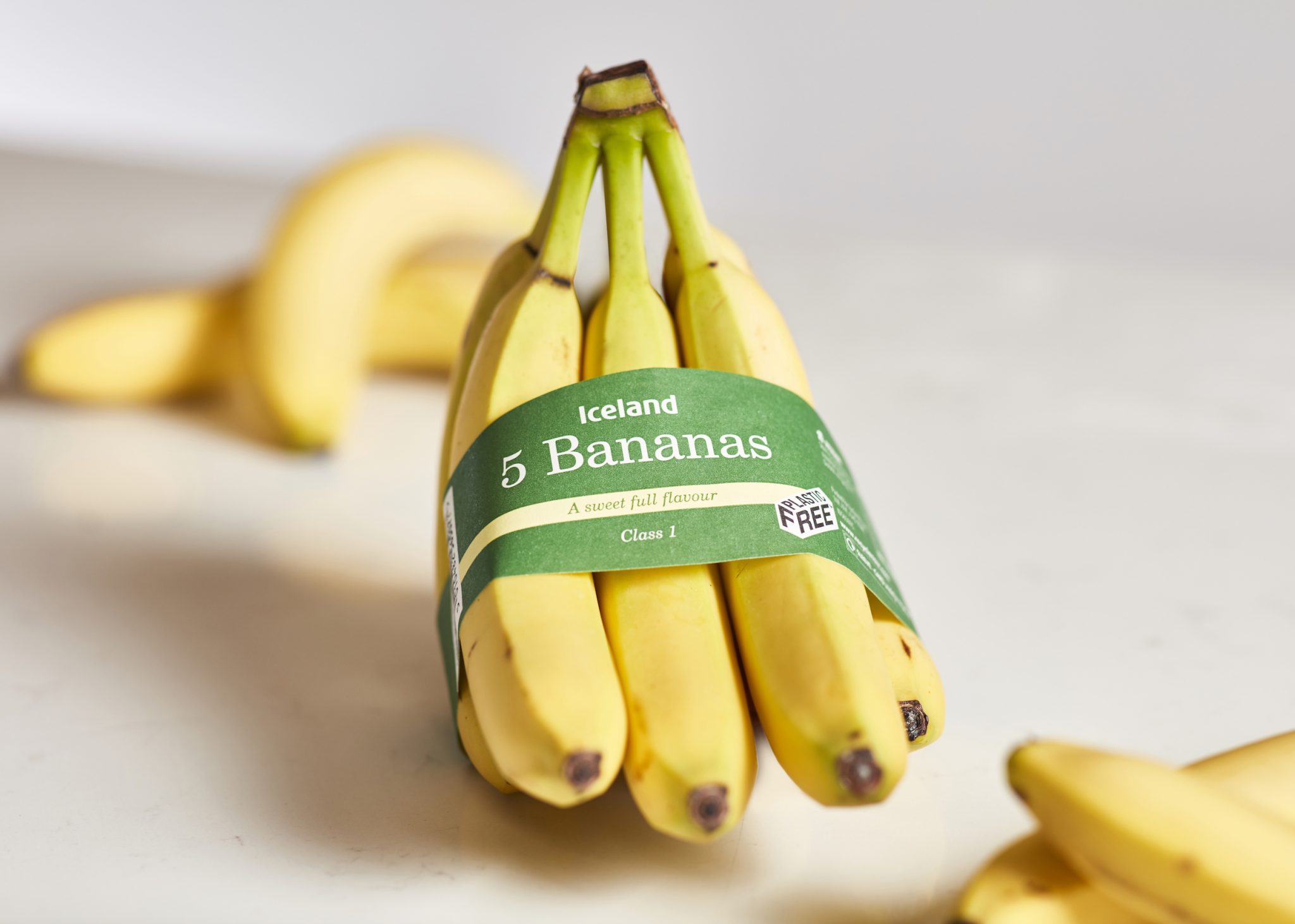 Iceland has become the first UK supermarket to introduce plastic-free packaging for its pre-packed bananas. Iceland’s bananas will now be packaged in a paper band which is 100% recyclable and made from recycled paper.

The change will save 10 million plastic bags from being used by Iceland each year. A total of 420 million packs of bananas are sold in total in the UK, representing a huge reduction in plastic consumption if other retailers were to follow suit. The new packaging has launched in three Iceland stores as an initial trial and will roll out to a further 120 stores later this week, before the start of a national rollout.

The new packaged bananas will be the first product in any major UK supermarket to bear the Plastic Free Trust Mark, launched by A Plastic Planet earlier this year. Iceland was announced as an early adopter of the mark, which informs and empowers consumers to make plastic-free choices.