Iceland is proud to support the inaugural National Children of Wales Awards 2020, which will celebrate the inspirational achievements of young people in Wales. Nominations are open until 31st December 2019 and the awards ceremony will be held on 3rd April 2020 at the Celtic Manor Resort in Newport, Gwent.

Richard Walker, Managing Director of Iceland, said: “Iceland is delighted to sponsor the Environmental Champion Award to celebrate the most inspiring young environmentalists in Wales. The growing movement from young people raising awareness of global environmental issues gives me great hope for the future.

“As the biggest company in Wales, we are incredibly proud to recognise the fantastic work being done by the next generation of activists and potential future leaders of our country”.

Blanche Sainsbury, the founder of the National Children of Wales Awards, added: “We are thrilled that Iceland have chosen to sponsor the Environmental Champion Award. Their involvement with this award is a perfect fit: their work to cut plastic waste has made them a forerunner in the move towards more environmentally responsible supermarkets.  Without the backing of businesses like Iceland, awards such as this would not be possible.” 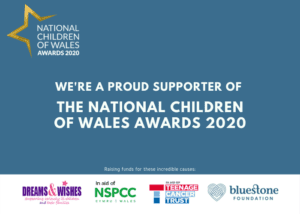