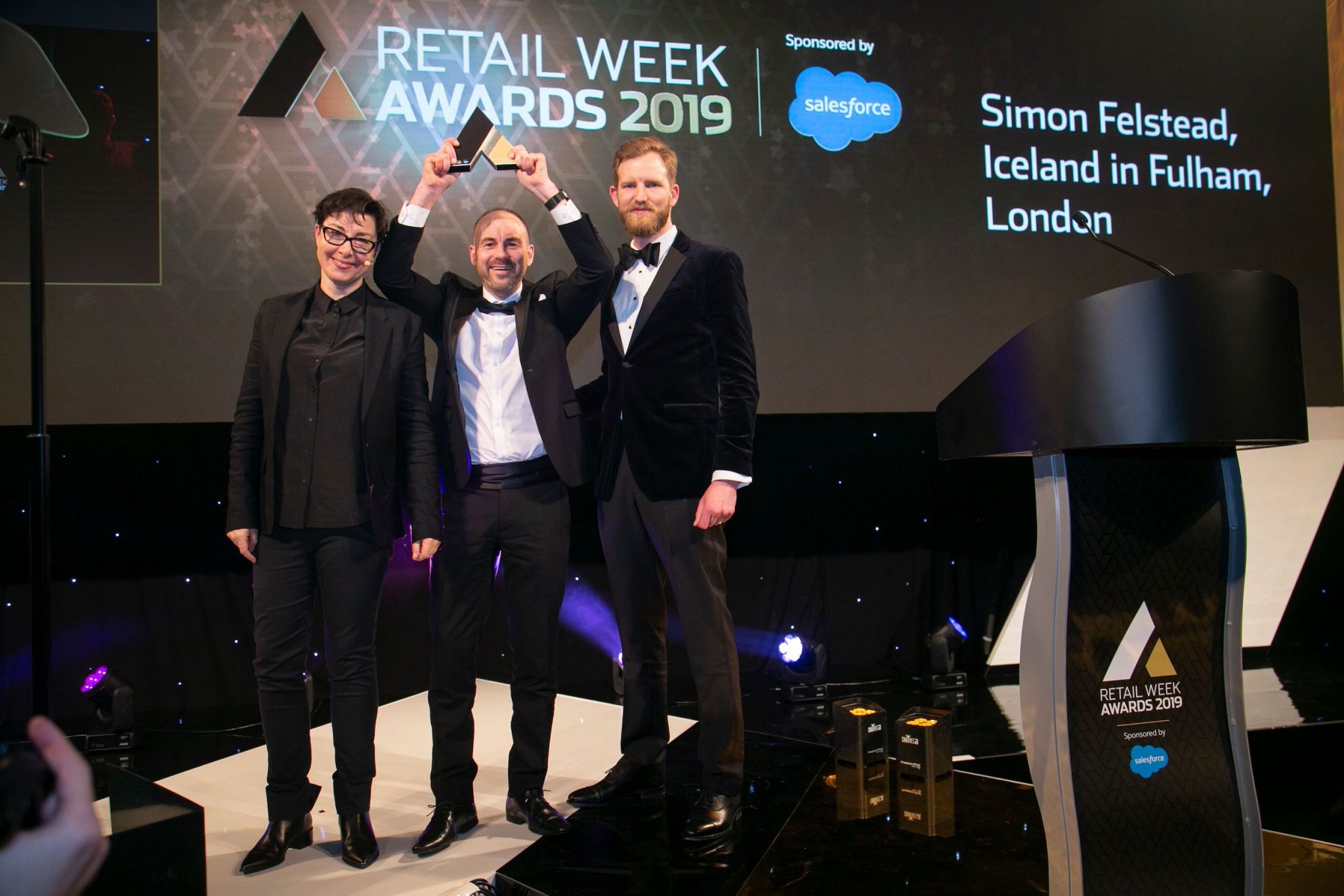 Iceland was delighted that the Retail Week Awards 2019 saw well-deserved recognition of Fulham store manager Simon Felstead as The Newton Europe Store Manager of the Year.

In a hotly contested field of high calibre nominees from across the UK retail industry, Simon was the unanimous choice of the judges, with one remarking that he “stood out with his passion for Iceland and impressive achievements. He is a born trader, entrenched in the brand’s values and has retail in his heart. We were blown away.”

Manager of the flagship Fulham store since January 2017, Simon raised store standards and rebuilt staff morale in what had been an underperforming branch before presiding over a major refit that achieved company record sales on its reopening day in April 2017, and recorded impressive like-for-like growth over the following year. The store consistently achieves outstanding mystery shopping scores, while store colleagues’ enjoyment of working with Simon is reflected in excellent results in the company’s Straight Talk staff surveys.

Known as a champion of staff and particularly for encouraging others to develop their retail careers, Simon oversaw the development of six current Iceland store managers and even oversaw Iceland Managing Director Richard Walker’s introduction to the business as front line shelf stacker and cashier in 2012.

The Fulham store has regularly featured as a location for UK and international broadcasters focusing on Iceland’s sustainability initiatives, and was chosen as the first location for the company’s industry-leading trial of reverse vending machines.