Iceland is committed to taking action on deforestation caused by soybean crops, and has signed up as an official supporter of the Cerrado Manifesto.  This is a call for immediate action to defend the vast tropical Cerrado area of Brazil from further deforestation.

Soy is an important crop for both humans and for livestock feed. Growing demand has led to vast amounts of deforestation and habitat conversion, especially in South America, the biggest soy producing region after the USA. The Cerrado ecosystem is found next to the Amazon and is home to 5% of the world’s biodiversity.  Half of the area, equating to 400,000 square miles, has already been lost.  The Manifesto builds on the 2006 Amazon Soy Moratorium — a voluntary agreement credited with stemming deforestation in the Amazon due to soy – and intends to catalyse action to stop rampant clearing of forests and native vegetation in the savanna biome.

This is just one step in Iceland’s efforts towards assuring a sustainable soy supply.  The business has calculated that it uses around 20,250 tonnes of soy every year, directly and via suppliers who use it for animal feed.*  Following an evidence review, Managing Director Richard Walker is leading a senior Soy Working Group to undertake a formal supplier audit and finalise a sustainable soy policy.

He said “The impact of soy on global deforestation cannot be ignored. It seems to us that it is more important to get things right than to act rashly, particularly when it comes to signing up to statements of intent that appear to achieve very little in practice. The Amazon soy moratorium simply seems to have transferred the problem south to the Cerrado; and despite pledges form other supermarkets to use only deforestation-free soy, the problem seems to be getting worse rather than better.  With just 2% market share, we use a small amount of soy compared with bigger supermarkets, but we are committed to take action and are looking carefully at what difference we can make.” 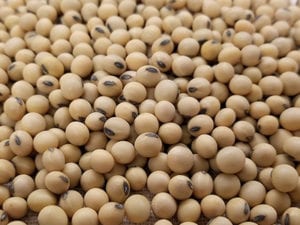 *We previously mis-reported our soy footprint as 60,000 tonnes. We have since recalculated our estimated yearly soy footprint using the actual ingredient weights for our primary meat, eggs and dairy products.